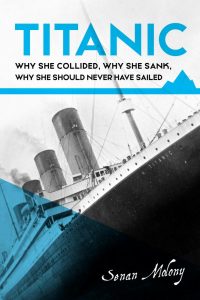 What’s that you say, it was an iceberg which sank the Titanic? Sure, but why did the iceberg cut through the ship’s steel like it was hot butter? Senan Molony, Titanic expert and author of Titanic: why she collided, why she sank, why she should never have sailed, believes he has the answer: a fire that burned for days, possibly weeks, inside the ship had weakened the hull and bulkheads.

Amazingly enough, this fire was still burning when the Titanic sailed. Even worse, the ship’s crew knew of this but was under intense pressure to sail anyway… and they did.

As History 101 explains, the new information was unearthed by Molony in 2017, when a photo album was discovered in an attic that held never-before-seen photographs of the Titanic before its maiden voyage. As he spoke to photo album owner, Titanic enthusiast Steve Raffield, Molony saw…

One thought on “The Fire That Sunk The Titanic”