This is a guest post by my author friend, William R. Bartlett. It continues his discussion of all things firearms. It was originally scheduled for earlier in the month, but we decided to push it back because of the horrific events in Florida. Even though nothing we share here could have affected that tragic event, I must stress that this series is only meant to help writers improve their writing and not to glorify weapons in any way.

You can check out the rest of the series on firearms here. Today, Bill explains how rifles work and describes some common writing blunders. Enjoy and bookmark!

A Writer’s Guide to Firearms by William R. Bartlett A rifle is a firearm that comes with a shoulder stock and spiral grooves cut within the bore of the barrel. The grooves… 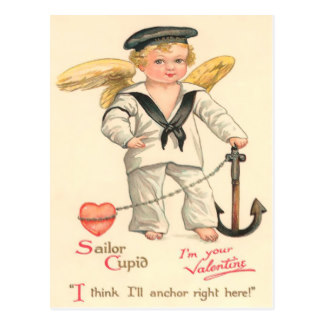 A people I am going to write about… most likely, next year!

Marina didn’t know about pagan gods, who had been buried into oblivion by the Christianism in Greece, and about the heroes, there were legends circulating from an island to another. These legends were her favourites, but they were far simpler than the original ones, of course. And the one about the mermaid in whom all the Greek sailors believed was the one reminding her about “Colomba” and her family.

”I promised you a story too, and I’ll tell you my favourite one, about a mermaid. Once upon a time, there was a great king in my country, you’d name him Alexander. King Alexander conquered almost all the world, this is why people called him THE GREAT. He gathered all the wise men from the occupied lands and asked them if they knew a solution that he could live longer and keep his strength, because he still had some countries to take over, and all of them to be converted into an unitary empire, each nation learning from the other.

The wise men looked at each other, because only a few chosen ones knew the answer: it was difficult, but not impossible for such a brave king. He needed to obtain the Immortal Water from the edge of the world, in the place where two mountains were endlessly moving, actually fighting like two rams, head to head. Many princes and knights had attempted to get it and failed, dying caught between the two fighting mountains. And if they succeeded to cheat the mountains, they were killed by the one-hundred-eyes sleepless dragon who guarded the water spring.

King Alexander did not need any other challenge, he decided to try his luck and obtain it. He had a cherished good horse, as quick as the wind, and riding it, armed with his best weapons, he arrived to the edge of the world, where the mountains were fighting, opening and closing their heads so suddenly that no bird could fly between them. But his strong horse succeeded, however without his tail, which remained caught between the mountains. Then he prepared his bow and quickly sent the arrows to the dragon’s eyes, giving afterwards the finishing coup with his sword. So he killed the dragon, took water in his cask, watered his horse and washed his face from the beast’s blood. The mountains, on the road back home, weren’t as dangerous anymore.

The wise men had told him to keep the water for when he is hurt in a battle, for a miraculous recovery to impress all his enemies. Perhaps this was his mistake, because when he went home, he kept the cask with Immortal Water without telling anybody what was there.

His sister, Gorgona, found it and drank it. When the king checked, after a while, the cask was empty, so he got angry and asked what happened. His sister confessed. Mad on her, he threw her out of the window. The castle had view at the sea, so she got into the water. But she couldn’t die anymore, as she had drunk the Immortal Water. From princess of the conquered world, in her brother’s shadow, she became the princess of the sea, its ultimate ruler. She has a big palace on the bottom of the sea, full with treasures, and the most beautiful guards. From having spent so much time in the water, swimming quickly from a corner to the other of oceans and seas, her beautiful feet got transformed into a fish tail, or maybe a dolphin’s.

At sunset, after a storm, the sailor on watch of any ship on any sea might see her on a rock, or rising from a wave, combing her hair with a gold comb, and looking into a gold-plated mirror. Good seamen, pray do tell me, is King Alexander still alive? Is my brother still the King of the World? she asks with a sweet voice.

Sometimes, the sailor laughs with contempt, telling the truth:  I have heard of no King Alexander in this world. He died more than one thousand years ago. Then, in deep anger, Gorgona throws her comb, moves her tail, and the waves grow, the storm starts again, with greater fury, and the biggest wave sinks the ship, not giving back any man or goods aboard. She takes everything.”

Marina looked at him and ended her story with the optimistic part:

“Sometimes the sailor on watch knows what to answer, and he bows in front of her respectfully: Hail, o, Princess of the Seas, your brother is ruling in peace for many happy years, but unfortunately his country has no seas. Then, the uncomforted sister gets happy, extends her arms to embrace the ship and save it, lets her black hair free on the water and the wave is appeased. The whole crew hears her beautiful song of praise for her brother, and they are protected from any sea-related harm.”

Marina stopped again, sighing. Gorgona took all her family, and not even in exchange of the wrong answer. Little Dora was now her companion, her brother, her father and uncles among her guards… Was aunt Lena the leading cook there too?

“She might take any sailor she wants, even without asking. No question was asked to anyone aboard “Colomba”, my family’s ship,” she said with a choking voice. “She is the queen of the seas, she has this right and sometimes she uses it just because.”